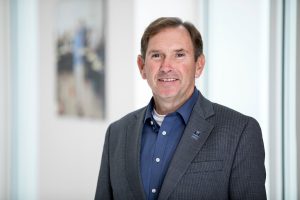 Lieutenant General (Ret) Ken Keen is a native of Hyden, Kentucky.  Following graduation as a distinguished military graduate from Eastern Kentucky University, he was commissioned as a 2LT in the Infantry in December 1974.  LTG (Ret) Keen retired from active duty on 1 March 2013.

LTG (Ret) Keen is currently the Associate Dean of Leadership Development and a Senior Lecturer in Organization and Management for Emory University’s Goizueta Business School in Atlanta, Georgia. In this role, he manages a school-wide leadership development program and teaches leadership courses, which includes teaching an Advanced Leadership course; crisis leadership seminars; developing high performing teams executive course; implementing a Coaching Fellows Program; and coaching in the Advanced Leadership Academy. He also serves as the Co-Director of the Emory Executive Coaching Diploma Program.

LTG (Ret) Keen served 38 years in the Army with over 11 years working and living abroad in the Republic of Panama, Brazil, Colombia, Haiti, Germany, Egypt, and Pakistan. Ken commanded a SCUBA detachment in 3rd Battalion, 7th Special Forces Group; a company and Battalion in the 82nd Airborne Division; Joint Task Force – Haiti following the Jan 2010 earthquake; as well as serving on three U.S. Embassy Country Teams leading all military forces in Colombia, Haiti, and Pakistan during crisis periods.  He participated in Operation JUST CAUSE in 1989 as the Assistant S3 of the 75th Ranger Regiment; commanded a Ranger Task Force during Operation DESERT STORM in 1990, as part of a Joint Special Operations Command, while serving as the S3 of the 1st Ranger Battalion; was the Executive Officer and Commander of 1st Ranger Battalion; and was the 11th Colonel of the 75th Ranger Regiment from 1999 to 2001.

LTG (Ret) Keen also serves on several non-profit Boards in support of military veterans, education, and international humanitarian organizations.  Ken is the Chairman of the Board of Trustees for the U.S. Army War College; on the Board of Visitors for the Western Hemisphere of Security Cooperation; Board member for the Witness to War Foundation; Board member of the Community Organized Relief Effort; Chairman of the Ranger Hall of Fame Board; and Honorary Colonel of the 75th Ranger Regiment.  LTG (Ret) Keen also serves as an Executive Coach with TrueGrowth Leadership and as a Senior Fellow for the National Defense University.

In 2016, LTG (Ret) Keen was inducted into the U.S. Army Ranger Hall of Fame and the National Reserve Officer Training Corps Hall of Fame.