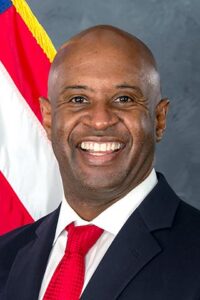 Dr. Robert R. Norvel Jr., M.D., MBA, was appointed as the Chief of Staff for the Atlanta VA Health Care System in July 2022. Before his appointment, he served as the Acting Chief of Staff for the VA Northeast Healthcare System, a detail from his role as the Deputy Chief Medical Officer for Veterans Integrated Network 7, where he has served for the past six years as special advisor to the Chief Medical Officer for clinical oversight, compliance, and quality of care for the eight VA hospitals in VISN 7.