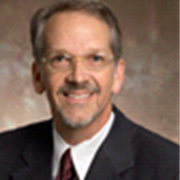 Dr. Hart has directed a federally-funded research program for over 20 years and has trained over 30 pre- and post-doctoral trainees. A consistent focus of his lab has been on the biology of vascular wall cells and the roles played by reactive oxygen and nitrogen species in vascular health and disease. His recent work has clarified that the nuclear hormone receptor, peroxisome proliferator-activated receptor gamma, plays a critical role in the regulation of vascular function. In addition to directing his research program, Dr. Hart has enjoyed mentoring numerous pre- and post-doctoral trainees as well as junior faculty members in laboratory research, has served as the PI of an NIH T32 Training Grant, and has received recognition for his accomplishments in education and mentoring. He also maintains an active clinical practice in Pulmonary and Critical Care Medicine at the Atlanta VA Medical Center.

Dr. Hart received his undergraduate degree from Duke University and his MD degree from the University of Alabama at Birmingham. He performed clinical training in Internal Medicine and Pulmonary and Critical Care Medicine at the University of Florida in Gainesville, FL. He remained on faculty at the University of Florida for two years before moving to Indiana University in 1990. At IU he achieved the rank of Associate Professor of Medicine with tenure along with a joint appointment in the Department of Physiology and Biophysics. While at Indiana University, Dr. Hart also became the Pulmonary and Critical Care Fellowship Training Program Director. In 2000, he was recruited to Emory University and served as the Chief of the Pulmonary Section at the Atlanta VA Medical Center until 2009. He is currently Professor of Medicine in the Division of Pulmonary, Allergy, Critical Care, and Sleep Medicine at Emory University, and serves as the Associate Chief of Staff for Research at the Atlanta VA Medical Center and Assistant Dean for VA Research in the Emory School of Medicine.