Preventing Fracture by Enlisting the Immune System to Counteract Osteoporosis 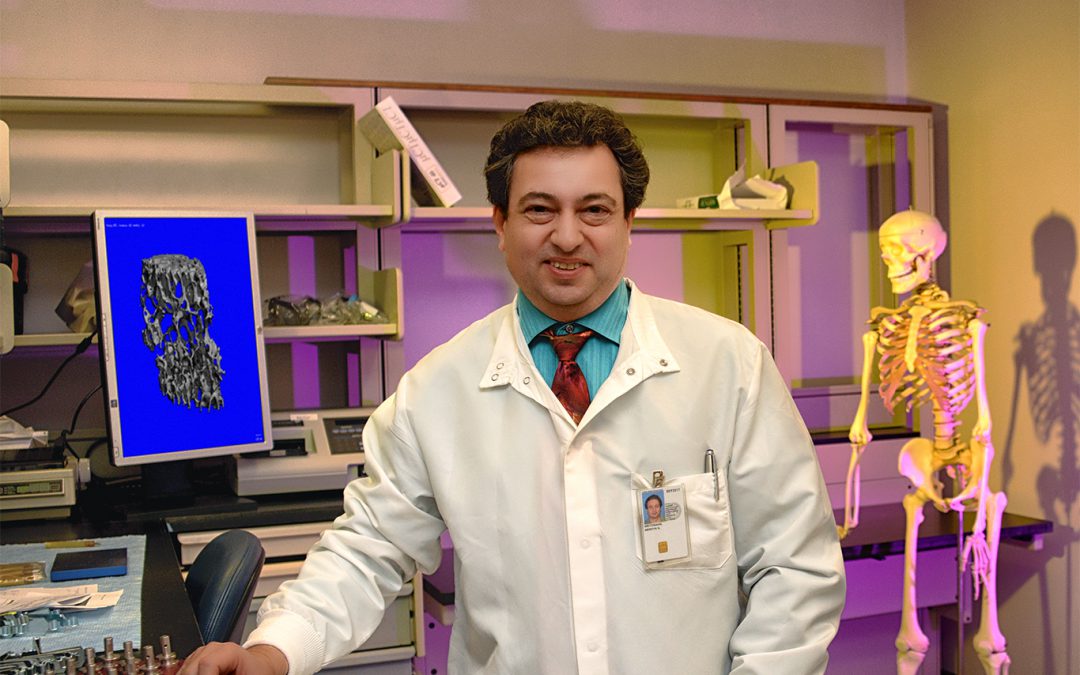 Bone fractures are a serious medical problem for older Americans, including veterans. Almost one-half of all women and one-third of all men are likely to suffer a hip fracture in their older years, and almost one-third of those who break a hip will die within a year.

Neale Weitzmann, Ph.D., a researcher at the Atlanta VA, has discovered an encouraging connection between the operation of the human immune system and its effect on the strength of human bones. His research offers the promise of new ways to regenerate thinning bones and prevent fractures.

Dr. Weitzmann and his team of researchers were among the first to establish an “immuno-skeletal interface.” An immune system that is actively responding to disease or other conditions (e.g., in auto-immune disease) weakens bone structure, leading to more fractures. And Dr. Weitzmann has made another fascinating and hopeful discovery. Once the immune system has brought the disease under control, or is otherwise suppressed by certain anti-inflammatory drugs, it will naturally release a chemical that can strengthen existing bones and promote new bone growth.

Dr. Weitzmann’s study utilized mice to investigate how drugs used to treat chronic auto-immune diseases such as rheumatoid arthritis affect the skeleton. (Mice are commonly used for research on both human bone and the immune system.) The Weitzmann lab treated mice with a potent drug that suppresses T cells, one of the immune system’s most important “sentinels”. The treated mice had a significant increase in new bone growth resulting in improvements in bone density and structure. These findings provide new insights into the interactions between the immune system and the skeleton that can be targeted to stimulate new bone formation. The Weitzmann team is now studying how this action can be used to regenerate bones to prevent or repair bone damage resulting from osteoporosis, or bone thinning, and thereby reduce the risk of fractures.