Optimizing care for older Veterans and those living with Parkinson disease 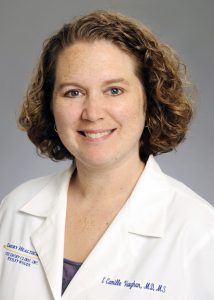 Results from Dr. Vaughan’s first study of behavioral therapy in Parkinson disease were published in the journal Neurology in 2011. She presented findings from her most recent study at annual meetings for the American Urological Association and the American Geriatrics Society (where she was selected as the best paper presented during the session).