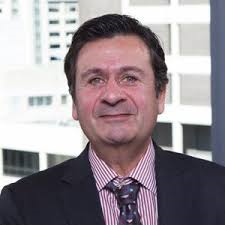 Inflammatory bowel disease (IBD) is a broad term that describes conditions with chronic and recurring inflammation of the gastrointestinal tract. Patients with IBD have severe abdominal cramping and diarrhea. The two most common forms of IBD are ulcerative colitis, in which inflammation affects the large intestine, and Crohn’s disease, in which the entire digestive tract is affected.

IBD is a big problem. Over one million adults in the US suffer from IBD. About 50,000 new cases are diagnosed each year (according to the Crohn’s and Colitis Foundation of America). Compared to the general population, patients within the Veterans Affairs Healthcare System have a roughly 30-fold higher rate of colitis-associated colorectal cancer (National Center for Health Statistics data). Thus, seeking to develop better and more effective treatments will directly benefit the veteran population.

Efforts to develop new drug-based treatments for IBD must overcome several challenges. The drugs must get to the site of the inflammation in the GI tract. They must effectively reduce inflammation specifically in the colon with causing harmful effects elsewhere in the body, and they must be safe and affordable. Dr. Merlin and his colleagues have recently demonstrated that artificially synthesized nanoparticles may be used to target low doses of drugs to specific cells in the body where they are needed most. Nanoparticles are tiny “carriers” that are made in the lab that can be used to deliver agents in the body where they are needed most. Dr. Merlin’s lab has made nanoparticles from natural sources such as ginger. Naturally occurring components of ginger reduce intestinal inflammation in mouse models of colitis and reduce colitis associated colon cancer in mice.