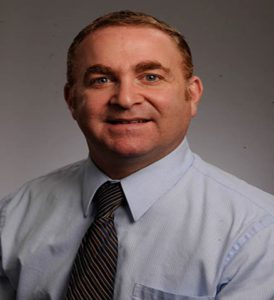 Dr. Brian Pollack is a Staff Dermatologist at the Atlanta VA. In addition to his medical degree, he has a doctoral degree in Molecular Genetics. This training enables him to not only care for patients but to also think about the causes of their disorders on a scientific level. As a result, Dr. Pollack supervises a basic science laboratory that seeks to understand how genetic changes in cancer allow tumor cells to evade the immune system.

In addition to fighting off infections, the immune system is a major mechanism used by our bodies to fight cancer. Dr. Pollack’s laboratory discovered that some of the most common genetic alterations found in human cancer not only promote tumor cell growth, but in addition, allow tumor cells to avoid detection and killing by the immune system by lowering levels of MHC molecules on the surface of tumor cells. MHC molecules, located on the surface of cells, provide a critical signal that allows immune cells to detect and destroy cancer cells. In addition, the Pollack laboratory has shown that newer anti-cancer medications (commonly referred to as targeted therapies) that were developed to block tumor cell growth have an added benefit. Specifically, these medications can disrupt immune evasion by tumor cells by increasing MHC levels on the surface of tumor cells. Using human tumor samples and large human tumor databases they explored how genetic changes in tumor samples influence MHC expression.

Most recently, Dr. Pollack and his colleagues found that anti-cancer therapies that block a specific cancer-causing pathway (called the PI3K pathway) lead to increased MHC expression and conversely that activation of the PI3K pathway can reduce MHC expression. They found this in both cancer cells and within human tumor samples. These findings suggest that using new or existing drugs to block the PI3K pathway could provide new and more effective treatments to increase the immune system’s ability to fight off cancer.

The results of these studies were published in the journal Molecular Cancer Research in 2019 in an article entitled “Phosphoinositide 3-kinase signaling can modulate MHC class I and II expression”.